The Re-Stoned - Thunders of the Deep (Head-Banger Reviews) 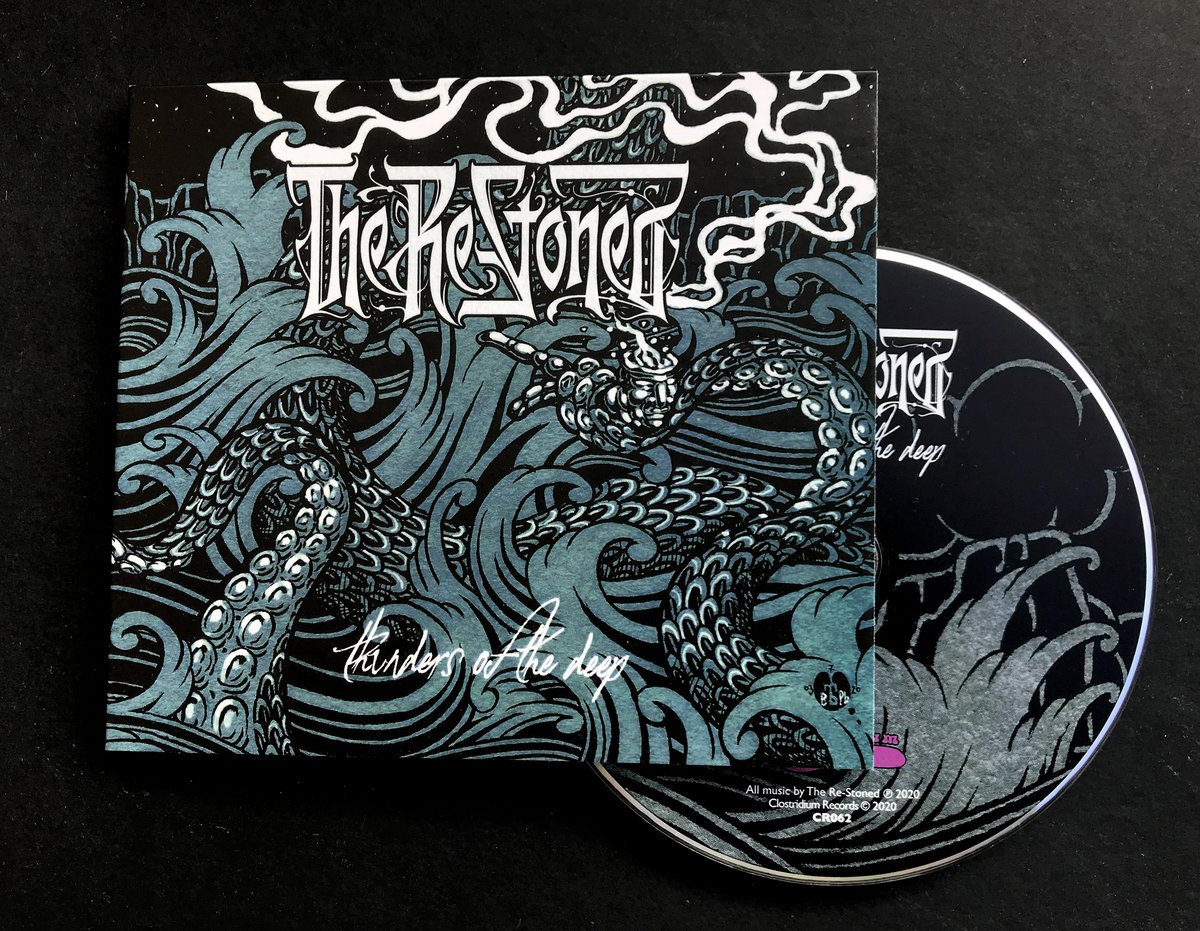 There are a few select bands out there in the world that grace each and every style that we can find who bring new light with excellent material being a constant from all of them as they continue to help raise the bar for what’s considered truly great for each sound. Psychedelic rock has no shortage of truly next-level musicians, and The Re-Stoned is by far one of them. Their sound has been nigh on coveted by anyone fortunate enough to hear their expansive and intrinsic sound, and it has been no less than massively influential on my own listening habits. Any new material from them is always a blessing, and this new work is far from different.

It’s often for me that a year never feels quite complete if it goes without a new body of work from The Re-Stoned whether it comes in the form of completely original material, a remaster or redoing of some sort, a live album, or a cover album which, as far as I know, has yet to be seen. It has been two years since the double feature that we got in 2018 with “Ram’s Head” and “Stories of the Astral Lizard” showing us a wide swathe of the power behind The Re-Stoned, and that precisely what “Thunders of the Deep” has given us in absolute spades. While it may not be exactly the case, I feel firm in considering this record a mid-point between those two aforementioned pieces since it just fits far too perfect in my eyes. We’re given a deep array of everything that The Re-Stoned has become synonymous with: grand psychedelia, undeniable riffage, musicianship that transcends the very boundaries of what the style is capable of, and voiceless yet gripping storytelling. It all permeates every minute that The Re-Stoned commands your attention with the exemplary psych-rock being the core of what’s on full display here with all the other brilliantly defined elements just being the tip of the glorious iceberg that is “Thunders of the Deep”. It brings together everything that The Re-Stoned has ever been known for to the point where I wouldn’t be surprised if many call this their favorite album from the band, and it certainly wouldn’t be a crazy thought given the only thing more abundant throughout “Thunders of the Deep” than tremendous psychedelia is tantalizing quality.

You’d think that it some point it might get boring talking about a band whose quality is always at a high with the style not varying all that much, but that could not be any further from the truth for The Re-Stoned as their sound is immensely eclectic and ever-entertaining to the point where I feel I could talk about these for decades. This is yet another record that this band can add to their ever-growing and always outstanding discography, and I already know for a fact that “Thunders of the Deep” has more than earned its keep with such glorious company.

LISTEN to “Thunders of the Deep” on Bandcamp here.