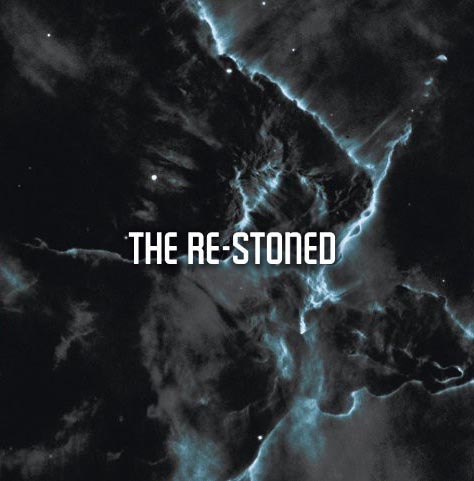 I’ve been thinking a lot recently about how to start this review. It seems like I caught the last train to put up a review for another Russian band who just released their second album through RAIG Records, which hopefully I will get my hands and ears on, as soon as possible. Okay now. It’s more than obvious that the Russian Federation is taking a lead by pulling out so many progressive, psychedelic, stoner, space rock and similar bands. But what looks more encouraging is the fact that quality and quantity match each other.

The Re-Stoned is the brainchild of a multi-instrumentalist from Moscow, Ilya Lipkin. The band is a trio, and the other two members are Vladimir Nikulin on bass and Andrei Pankratov on drums. Revealed Gravitation is the debut release and is consists of eleven tracks. The Re-Stoned’s sound is engrained in the 70's, building up around stoner rock with a fairly wide influences ranging from hard rock to blues to progressive rock to whatnot of the same era.

Being completely instrumental probably may cause some of you to roll your eyes, but one of the highlights of this recording is exactly the absence of vocals. Although the voice is used in some tracks, its presence is not used in the way you are probably accustomed to hearing. Indeed, Revealed Gravitation appears to be a crown of Lipkin’s previous work, considering his participating in variety of projects, such an experimental fusion driven Rushus, dark folk Neutral and/or acoustic neo folk Waldsonne. By telling this, it can be easily concluded what a medley Revealed Gravitation is.

So, what is the Re-Stoned’s formula for this album? Employing a cluster of effects, groovy guitars and pretty strong rhythm section, this power trio exudes with… well, power. The omnipresent feeling throughout the album is a sort of dominance displayed through the integration of the band’s creativity. Although the album is rather complete in its structure, it’s clear that the band’s key factor is based on riffs. Riffs are an element that constitute the album’s flow, although it certainly is not lacking for complex arrangements and melody, which makes its overal image quite complete.

As I mentioned in the text above, the album contains eleven songs configured in a really good way, what makes the album flows smoothly and keeps the attention on. I would a separate few songs in a shuffle mode that mostly give me an urge of keeping this CD in a player for days. I, myself, am a big fan of a stoner-desertesque rock and as for that, Space is a song which opening brings on mind Colour Haze’s lightness. Conceptually, there are certainly few similarities between these two bands, what’s wriggling during the album’s play time.

Bells announces the oriental influences which will later be more expressed. A very experimental track in every possible segment you can imagine, which makes me feel its jazz approach. In my opinion, this one comes as the most developed, the most practiced and the most complete piece. Green Triangles is the shortest track, but very powerful. Its bass solo is the kind that evokes the late Jaco Pastorius.

Orient of Doom. The Arabic scales in this track give me chills and make my pants wet. Imgine that Arabian flavour wrapped up with a riffy cannonade and a guitar solo that blows your brain into pieces. I haven’t heard such guitar solo where you have the presence of orientalism and spaceyness blended with such excellent percussion. A Frenchman would say “fantastique”, an American would say “amazing” and a Russian would say “фантастический”.

Eternal Search is a semi-ballad that makes you think “there must be a vocals in this song”, but it doesn’t happen. Lipkin’s guitar tells enough. It cries, it wipes its tears, it never leaves you indifferent. The closing Sleeping World is a Joe Satriani goes psyched-out track, with high melodic note and foreshadowed blurriness.

By singling out this few songs, I found a reason for myself to return to Revealed Gravitation from time to time by looking forward to hear more from The Re-Stoned. And this more is about to happen when a copy of their new album called Analog ends up in my mailbox. Until then, I will be re-revealing the gravitation all over again.