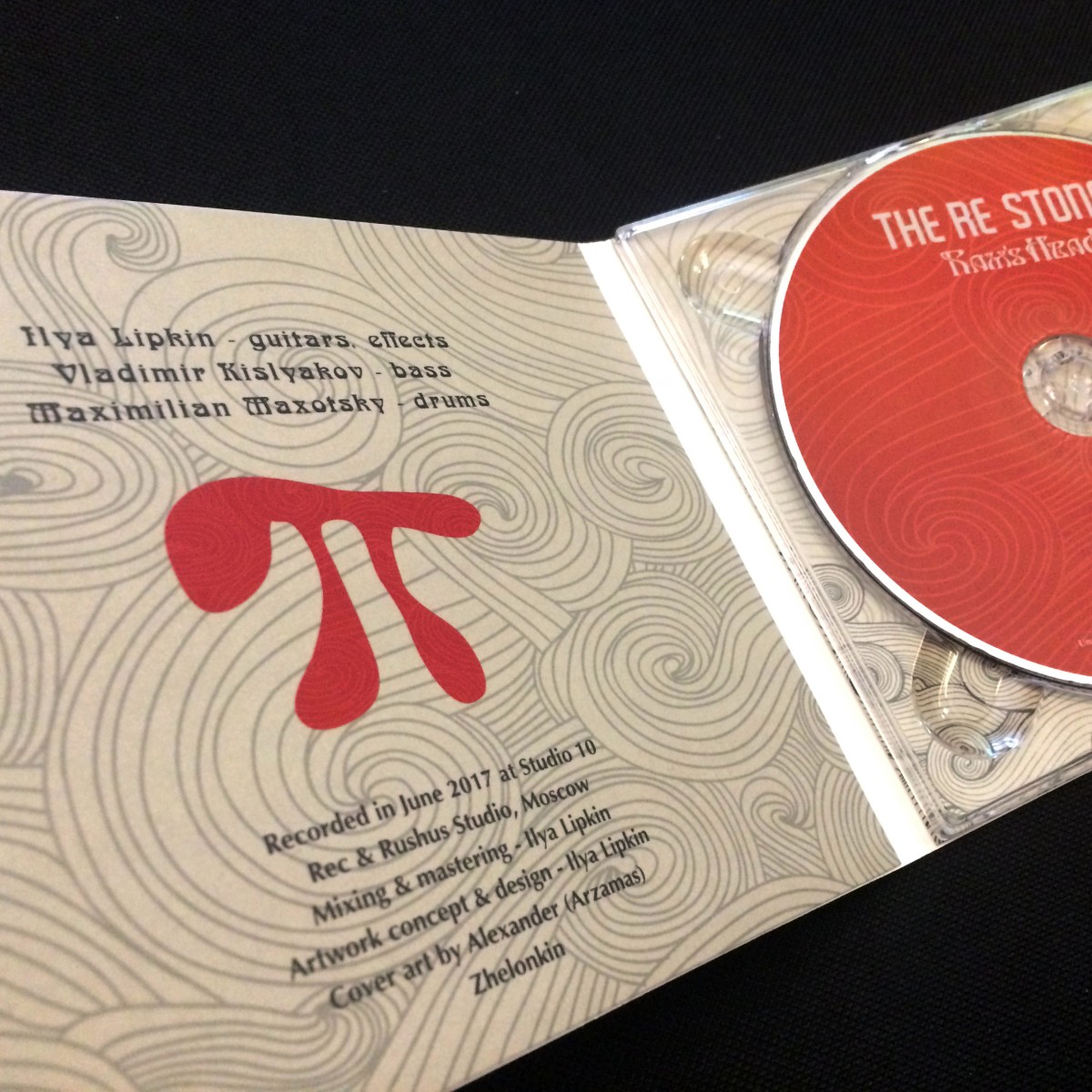 When I showed my wife what I was reviewing she said "Oh, I didn’t think you covered tribute acts." She thought The Re-Stoned Ram’s Head was some form of tribute to The Rolling Stones’ 70s album Goat’s Head Soup. So how mistaken was she? Very mistaken!

Instead, The Re-Stoned are purveyors of heavy psychedelic, instrumental space rock. Hailing from Moscow, Ram’s Head is their eighth album. Employing the classic trio line-up of guitars, bass and drums plus electronic effects, they produce raucous, groove laden space rock. Salted with liberal doses of stoner rock, hard rock and prog rock. The play in loose but very much together way that I’m sure seems deceptively simple. It is with music a very live feel, but it has dirt and grime under the fingernails, and it sounds fabulous, full of hook-laden melodies.

The Re-Stoned stomp their way into your ear canals with the well titled Chromagnetic Stomp. Vladimir Kislyakov’s fuzzed up bass line is in danger of loosening your teeth. Joined by the effects heavy, and heavy, guitar of Ilya Lipkin and the drums of Maximilian Maxotsky, the track dares you not to nod your head along with it. It makes you want to turn the volume up to eleven.

With Land Of Crimson Clouds, whose title could set up expectations in the prog fan. But The Re-Stoned kick those expectations out of the park with a grinding effects-laden riff and pounding drums. This is top-notch, earthy, stoner rock that channels the spirit of Black Sabbath.

The band then shake the dirt from their collective boots and heads off into space. The space-rock groove of Smoke Sea propels itself forward on a star drive of bass. The lengthy Acid Truck gives the band room to roam. Its first half is a boogie that sneakily accelerates to the midway point where the band break to start all over again. Here, Ilya Lipkin’s guitar moves between the delicate wah-wah of the first half to the flanged blast of the second. Imagine Budgie jamming with Robin Trower while Hawkwind look on admiringly.

The closer, Dune Surfer, is a head-down rock out riff-fest. But my favourite track here is Orange Sky And Bottle Neck. It uses electronics and bottle neck run through effects pedals to evoke the dusty, baked and dry desert of Ry Cooder’s soundtrack to Paris Texas but re-imagining it as an evolving, atmospheric, stoner rock piece.

The Re-Stoned’s Ram’s Head may be unashamedly retro and in thrall to 1970s space rock and analogue sounds of overdriven amps, but when it’s done this well, who cares. Light the candles and the joss sticks, get the motorbike leathers out and inhale. We're off for a ride right here in front of the stereo.