Not so long ago I put up a review of the first album of this Moscow based band, released in 2010 on RAIG Records. Analog is their second installment and comparing it with Revealed Gravitation, it’s clear straight off the beginning that the band, led by Ilya Lipkin, has expressed their improvisatory attitude even more this time. Having recorded it in only two weeks, without any additional redo’s, Analog was made entirely “in the moment”, fully created, developed and jammed during their stay in studio. The drumming duties this time were held by Vladimir Muchnov, noted for his work with Lord of Doubts. 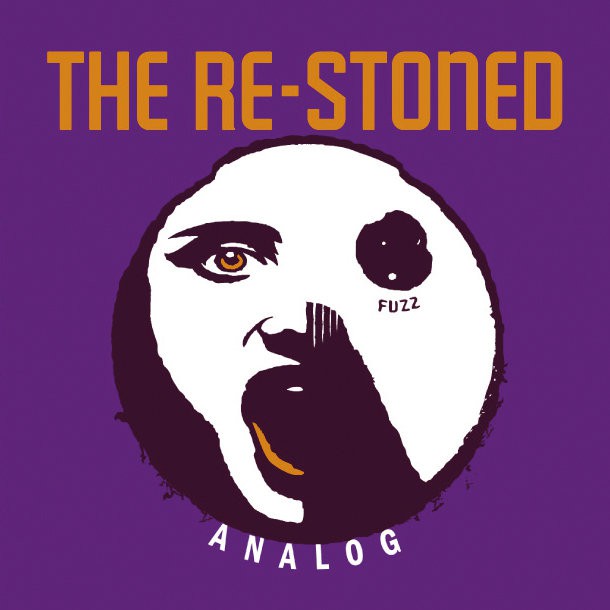 Initially rooted in the stoner rock subgenre presented in bits on Revealed Gravitation, with Analog the band gets more freedom and as a result here is acid/psychedelic rock at its best. Although the stoner influences can be felt, especially in the riffs, Lipkin’s guitar is mostly focused on delivering acidly psyched-out solos, showing the astonishing sensuality from time to time, but also crashing into the fuzz of space rock. I don’t know what equipment the band used during the album’s recording session, but the title fits well with the overall atmosphere. Maybe it’s because of the band’s ability to catch up the immediacy, its improvisatory power and/or the absence of any overdubs.

I find it pretty hard to separate the tracks in any order. The quality? – check. The sense for improvisation? – check. Easy to get in the mood for? – check. Any further attempt to comparing it with what somebody has done before is, first of all, ungrateful. Secondly, comparing an album which is a product of an improvisation is kind of stupid, don’t you agree? I could try to describe some of Analog’s parts, but no matter of how much it would be true, in many other ways it would be totally false. There are plenty, I repeat PLENTY of components which make up the album. In terms of its significance, Analog is a collection of tracks suitable for every occasion, and yet also for some specific ones. The musicianship is superb, though you could would expect it to be unstructured due to its jamming nature, but the fact is that the trio stays focused every minute, without losing its direction at any point. As a subjective remark, I can say that Analog is more closer to my personal preferences than its predecessor.

There have been few words between me and Ilya Lipkin about potentially organizing a mini tour for the band in Serbia in June and hopefully it will happen. I can bet that these tracks sound even better when performed live than being stuck on a piece of plastic, with the energy set in only one direction.