LTH: What's going on with the band right now? What are you currently working on?

Ilya: I’m working with the new material. Most of it is a new album of The Re-Stoned. There will be several old tracks, which have been played at the concerts already, but they were not recorded for some reasons. Some new tracks will be there too. I hope to continue with album recording this year. The drums for three compositions have been already recorded.

I have also some other material, which will be more acoustic, in some places it will be acid folk, it will be probably one more album (or a part of the album).

Some time ago I’ve finished the mix of a very interesting studio session of The Re-Stoned, which will appear on CD soon (it will be a gift box with a T-Shirt and stickers) and on vinyl, which will be released at the German label NASONI RECORDS.

LTH: People become musicians for a wide variety of reasons. What are the factors that originally inspired you to play music? Are you playing for the same reasons today as you were when you started? Why or why not?

Ilya: I wanted to play guitar as good, as the guitar players did at those recordings, which I used to listen to. I liked the sound of a distorted guitar – it was fantastic! The feeling was different, not like in the rest of the music; it was the feeling of power, might. Afterwards of course the understanding came that there can be many other moments in music in addition to distorted guitar.

I think, the reasons haven’t changed – music gives a chance to fulfill, to improve yourself and to do something new. 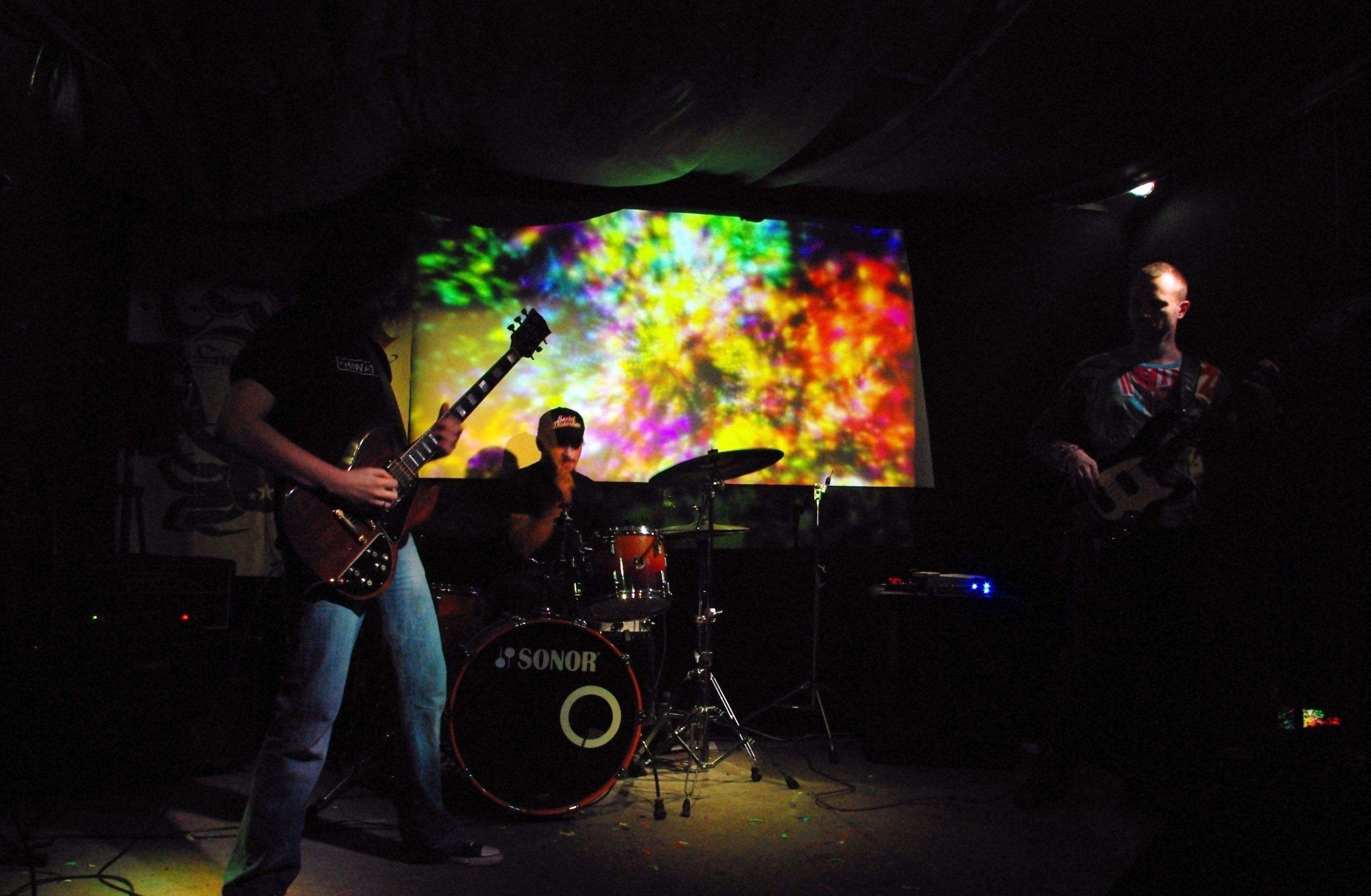 LTH: Whether by using genres and styles or simply adjectives that let people know what your band is all about, please describe your music in your own words. In addition, can you recall a description someone has given about your music that is the most accurate?

Ilya: Genres and styles… it’s always difficult to define the style of music, especially if it is not specific. Many people call The Re-Stoned a stoner rock band. Some people think that this is hard rock mixed with psychedelic rock. There are more heavy riffs in some tracks, more jams and psychedelia in the others. If you dig deeper, it is blues anyway (on which all rock music is based).

The idea of my group is like that – I’m playing the music of the 70’s, perceived through the lens of the modern sound and the heritage of modern music of the 90’s and 2000’s.

LTH: Fans love getting to know more about things that inspire their favorite artists. What and who are some of your influences? Please give them a few details about why you like creating music and what things inspire you to make it.

Ilya: I like a lot of different music, and I haven’t been limited by some specific style.

But there are of course some bands and musicians, which had a big influence on me and my taste: Black Sabbath, Hendrix, Led Zeppelin, King Crimson. I’ve listened to their music at school already, then I was carried away by metal in all its forms and manifestations, but Sabbath and Hendrix have been always #1 for me! I also like folk-music (I think it was set by Led Zeppelin in me), especially Scandinavian and Irish folk. Then it was apocalyptic folk, dark folk, despite the fact that I was never fully fond of them, I wanted to create more complex structures. To the end of the 90’s I became interested of jazz rock, art rock and progressive rock. I still like many performers - there’s much to learn from them! Miles Davis, Frank Zappa, Herby Hancock, Gong, ELP. At the same time I’ve learned the work of Kyuss and later on - Colour Haze, Spiritual Beggars. It was interesting to know that people are making music according to the rules of the 70’s but with a more modern sound.

LTH: Who is the person or people most responsible for helping your band get to where it is today?

Ilya: My family’s support is of course very important for me. Cooperation with the Moscow independent label R.A.I.G. and its director Igor Gorely helps me a lot too. Many good things have been achieved thanks to his experience and intuition. The latest album of The Re-Stoned has been released on vinyl at the German label NASONI RECORDS. This is our full-format album, released on vinyl, and of course, it was a great step in the story of the band. I like the concept of NASONI and all their bands, which are released at this label. I’ll be very glad if my future albums will be released there.

LTH: What has been the most difficult challenge the band has had to overcome? How did you approach this barrier and what did you specifically do to overcome it?

Ilya: I think playing music and creative work are constant overcoming of some obstacles and barriers. And the most of obstacles are contained within ourselves. Unfortunately, we understand it too late sometimes.

For me the most difficult challenge was not to be obsessed by such concepts like “purity of the genre” and alike. And to do as I feel – to be myself, mixing styles, experimenting. I spent years to get to this understanding.

LTH: Every person is in some way, a product of his or her environment. How have the things you deal with on a day-to-day basis affected your music? Please explain why or why not.

Ilya: I think that the musicians are some kind of a mirror reflecting reality. But music is also an attempt to escape reality, to create your own reality, where you feel comfortable and free. It’s not difficult to draw a parallel here – psychedelia, heavy riffs – apparently the situation is not that cheerfully and good as it seems. All in all I think – if you feel good inside you won’t be interested in playing rock music.

LTH: What can your fans expect from your live performances? What particular aspect of your concerts brings in crowds? Please give us some examples.

Ilya: Each concert should be as a shaman ritual. It must be a complete dip of the musicians and the audience into what’s going on. Many people say that they are being “sucked down” into our music at our concerts.

LTH: Thank you for taking the time to speak with us about your music. What's the next step for the band? Do you have a special event like a concert, tour or release coming up that you'd like to discuss? Please conclude by giving the fans a few parting words.

Ilya: Thanks for the questions.

I’d like to express my great appreciation to all people, who write me on Facebook and mail, to everybody, who supports us, buys our discs and merchandise, values our creative work. It’s very pleasant and gives extra strength to do something.