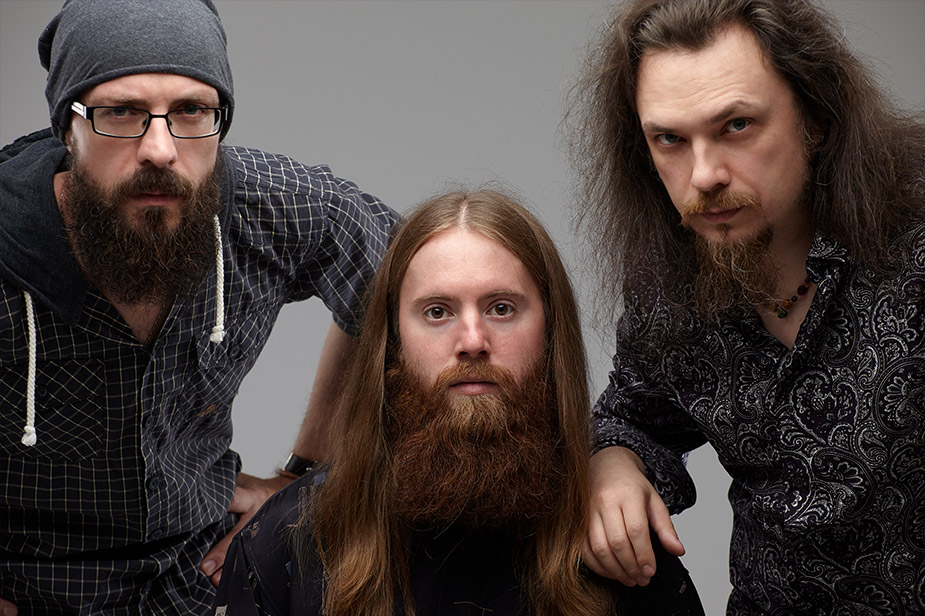 THE RE-STONED – is an instrumental power trio from Moscow, Russia, which is generally considered by many as a 'psychedelic stoner rock' underground act because of the band's remarkable heavily fuzzed guitar sound, that is empowered by confident old-school muscular riffing. The band was founded in 2008 by Ilya Lipkin, a composer and a guitarist who had been previously involved in psychedelic fusion project Rushus, dark folk ensemble Neutral and other bands and genres.

'It was sort of a deliberate Re-turn of myself to the music I'd always loved to play and listen to' - that's how Ilya clarified his motives behind starting the band, which quickly became rather well-known worldwide and noted by many listeners with various music tastes. Since the sound of The Re-Stoned was initially inspired by hard rock classics without any strong style bias, the band could soon acquire sincere attention of many classic rock, blues rock, psychedelic rock, traditional doom, stoner enthusiasts and many of those, who just sympathized with the old-school-revivalist's spirit of the Re-Stoned.

During its lifetime, the band went through multiple line-up changes and managed to release 9 full-length studio albums in cooperation with various record labels, e.g. R.A.I.G., Nasoni, Clostridium Records, Headspin Records or Oak Island Records, and went on tours in 2012 (Wales and England), 2015 (Greece), in 2017 and 2018 (Europe), occasionally sharing a stage with such bands as Kadavar, Sasquatch, Acid King, Uncle Acid, Yury Gagarin and Elder.